IMPRESSIVE WORDS + TRIVIAL ACTIONS = NO ART. Essay on the Chalupecký Award phenomenon, the deceived public audience and the reasons of conceptualism 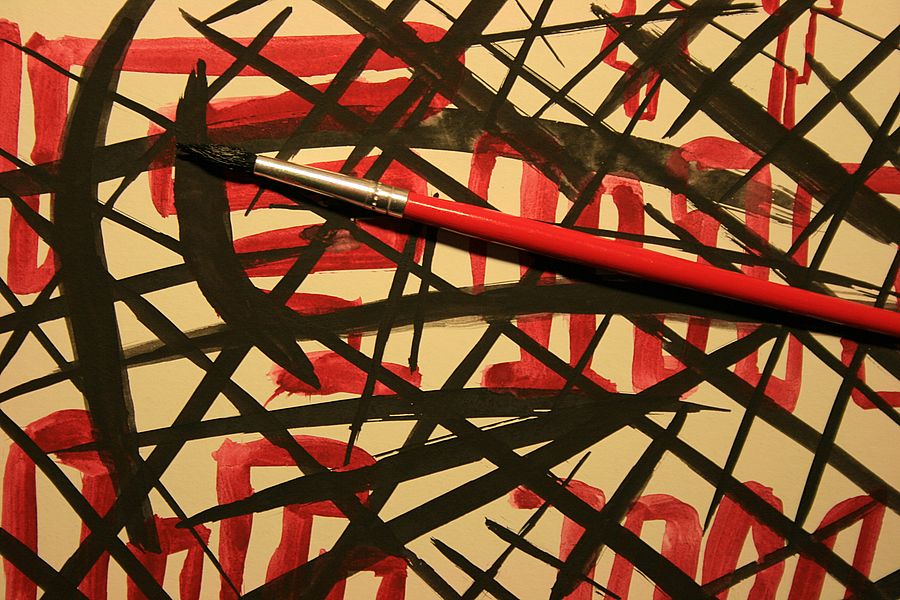 The exhibition of the 5 finalists of 29. Award for Visual Artists under 35 Years was held by Jindřich Chalupecký Society in the end of last year. The exhibition of Jindřich Chalupecký Award has been alternately held by National Gallery Prague and Moravian Gallery in Brno for recent years. In 2018 the exhibition´s space is provided by National Gallery Prague in Trade Fair Palace. Therefore Moravians don´t have chance to experience the traditional parade of non-critical young self-esteem, badly hidden creative powerlessness and spectacular words with no content. 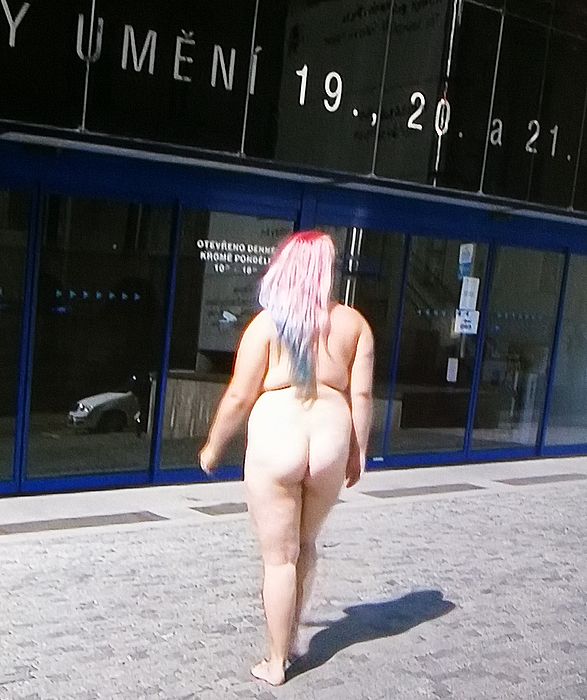 Jindřich Chalupecký Society claimed its own award as the most prestigious Czech award for visual artists under 35 years, however it is the award for young conceptualists in actual fact. In the name of its ideology, it systematically produce the illusion, that history of art was closed by the end of 20th century and its legitimate alternative is conceptualism. If artists, who draw, paint, model or print graphics, do exist, they will be marked as eccentric curiosities and outsiders who do not follow the progressive trends of art in the world. Real present and only future of art is conceptualism. The absolute majority of 29 Chalupecký awards was gained by the conceptualists. It is secured in the finalists elections phase in recent years, in which only conceptualists are chosen – with few exceptions.

The same case occurred in 2018 too. Two performers, two video artists and one multimedia creator were qualified as finalists. Their work will not be commented here. Because I don´t consider it as art and I don´t find any criteria for it as a critic (historian, theorist). I was not interested in the award winner for the same reason. However, I am concerned with broad media publicity and official institutions support, which is given to this award. In my essay, I will not refer to “work” of finalists or the last award winner, but I´m going to focus on Jindřich Chalupecký Society and the conceptualism phenomenon itself.

Jindřich Chalupecký Society is presented as NGO, which is part of Feministic initiative (art) institution on its website. According to its codex – except other facts – it should apply quota „as temporal solution of gender imbalance and discrimination”. The suspicion is caused by self-presentation of Jindřich Chalupecký Society: Is the contest about art and its aesthetic quality or completely different non-art attributes – feminism and other forms of social engagement and political activism? 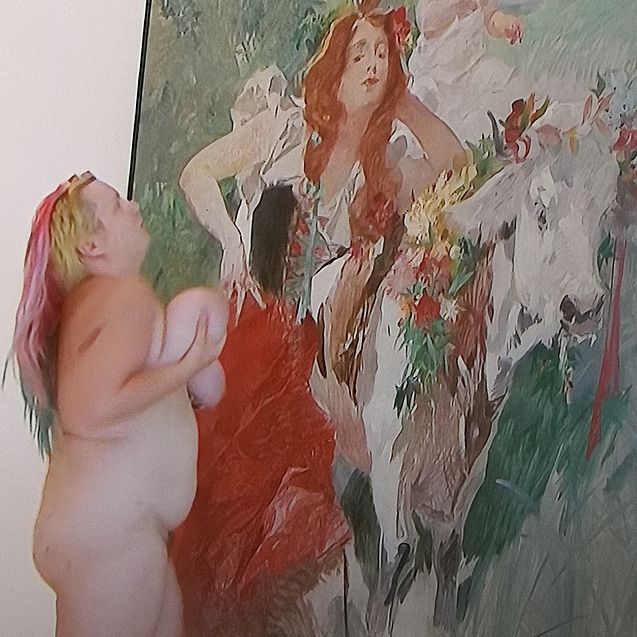 This suspicion was strengthened by Society´s director Karina Kottová in December interview for Český rozhlas, because she answered reporter´s question regarding future direction of contest she would have especially wished more women to appear between award winners. While the gender of artists is maybe relevant for objective qualification of artwork on the same level as color of their hair, the same fact is quite legit in case of feminism. If we connect this ideology with praxis, we can call the motto of the Jindřich Chalupecký Society: „Under the banner of feminism to victory of conceptualism.“

However, the wish of the director went unheard, the international jury decided on a man as 2018 award winner – performer Lukáš Hoffmann. It is also possible that overall impact was valued more than objectivity. The male lightly-built performer might be more pleasant to watch for feministic jury (mainly of women) than amorphous female monstrosity – performer Kateřina Olivová. The independence of jury was confirmed at least.

I have no illusions about objectivity of art contests. The core of my critical approach to Jindřich Chalupecký Society is not the claimed or practiced feminism, but systematic deceiving of public audience by substituting conceptualism for art. Conceptualism is connected to art only by the fact that it parasitize on its high status in society which is derived from past. Or without any euphemism: to claim conceptualism as art is deception. The representatives of Society would certainly defend by statement that it is long-term trend in the official world art scene mentioning British Turner award and the competence of international jury of professionals. The praxis in modern world is an argument which is difficult to disprove. However, it is cheap argument and immoral in case there is no rational reason and only opportunistic following of mainstream. 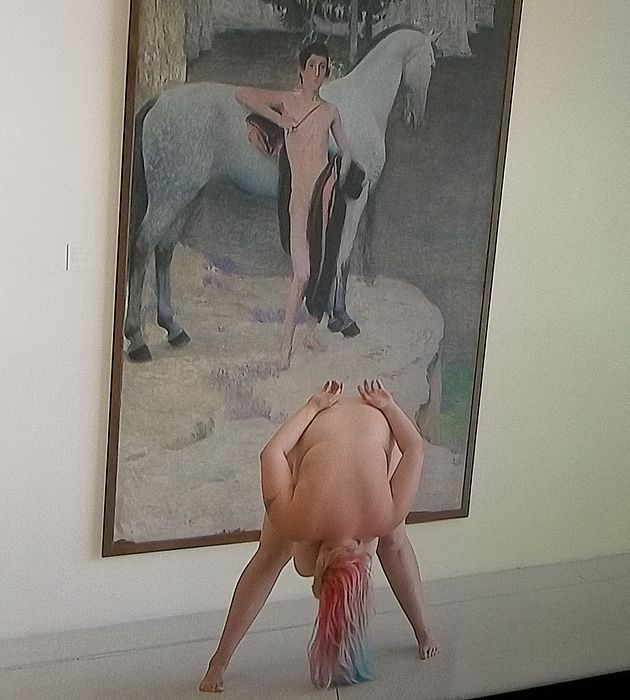 Every artwork has its material (perceptual) aspect and its idea aspect (conceptual). The essence of conceptualism is based on the total idea aspect – at the expense of the material aspect which basically became unimportant and pointless. According to radical program of conceptualism, which was expressed by Joseph Kosuth in late 60s, the art should be cleansed of material existence to get rid of any references to outer world and become only expression of words. This absurd project was abandoned even by Kosuth himself, because it was not sustainable. Conceptualism - in its less radical form – integrated various manifestations of „action art“ and it has been successfully active in the world art scene till nowadays.

There is an analysis of conceptualism in the book called Art and Kitsch (2000) by philosopher Tomáš Kulka. Conceptualism (like kitsch) is specific category of human activities, which is different from art. He also compared conceptualism and kitsch and showed that one phenomenon is mirroring the other. In case of kitsch, the artistic value is given up and there is claimed the aesthetic value. In case of conceptualism, it is reversed. In fact, there is an illusion of aesthetic value created by the kitsch and an illusion of artistic value by conceptualism. In both cases, it is transparent sign, which is trying to claim something but it is not such thing. The target audience for these phenomena are different – sentimental lovers of kitsch and intellectual snobs.

Reason one: Giving up on aesthetic value, or rather discrediting the material aspect of artwork, is connected to loosing the creative competence. If the value of art is the idea only, any kind of its manifestation will be claimed as artwork. In multimedia oriented conceptualism, the „artist“ can freely do anything (even with zero competence for it) avoiding disgrace and shame. A boy who wanted to be film-maker, but had no camera skills? Never mind, he can made an amateur video with his smart phone and he can became successful video-artist thank to luck and sheer self-confidence. A girl who wanted to be a ballerina but her weight is 105 kilograms? Never mind, she can become a famous performer in case she put off her clothes shamelessly thanks to luck and sheer boldness. What an opportunity for generations of artists whose ambition and self-confidence are bigger than their skills and talent! 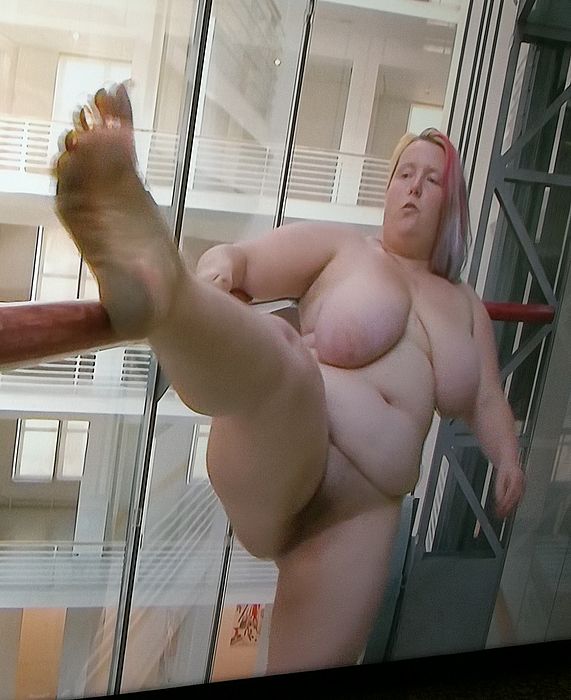 Reason two: Conceptual „artwork“ can be only interpreted but never criticized. We can agree or disagree with its idea. You cannot value its material aspects aesthetically, because such aspect is missing or unimportant. A potential critic who would dare to point out its no aesthetic value of conceptual „artwork“ and no artistic competence of its author, would be disparaged. Because such person „did not understand“ real value of „artwork“ claiming its social engagement. In case material aspects of artwork is unimportant, there is no importance of artistic talent, inspiration, invention, technical skills, time and effort of creating the artwork. The less was created, the more possibilities are available for interpretation of conceptual „artwork“. There are no art history or theory needed to know, but good sense for trendy themes of social topics and an excellent verbal manipulation are needed. What chance for generation of „theorists“ whose ambitions and self-esteem are bigger than their professional qualification and critical judgment!

Reason three: In times of the general ideologization of society, the aesthetic value of art has became luxury goods and morally-suspicious property. Wanting money for art with no adjective is Sisyphean task nowadays, because social engagement is trendy. Spending money for artwork is unsolved moral dilemma for an average official of state administration or for pragmatic manager of private business as well – it is more acceptable spending money on human rights propagation, fighting against race inequality, feminism, fight against social inequality, rights of minorities, inclusion and other society well fare ideas. What a blessing for development and media success of conceptualism!

Conceptualism did not gain any respects or admiration of public audience during its 50-year history despite its domination in the official cultural sphere. It caused lack of interest in contemporary art or even the aversion of general audience because of missing aesthetic value and ideological aggression. Layperson does not lack the minimal intelligence which is needed to understand that nude performance of performer Olivová in front of pictures of nymphas by Beneš Knüpfer does not create “artwork” of same category like symbolistic paints of Beneš Knüpfer. Layperson, who is massively influenced by media, is not in state of ideological blindness – the masturbation of Olivová, performed in front of Miloš Jiránek´s paint, is not considered as output of same value as painting of Miloš Jiránek. There was fairly no visitors in Trade Fair Palace despite the fact of free entry to exhibition of Chalupecký award finalists while people were waiting in lines to visit exhibition of František Kupka in Waldstein Riding School. 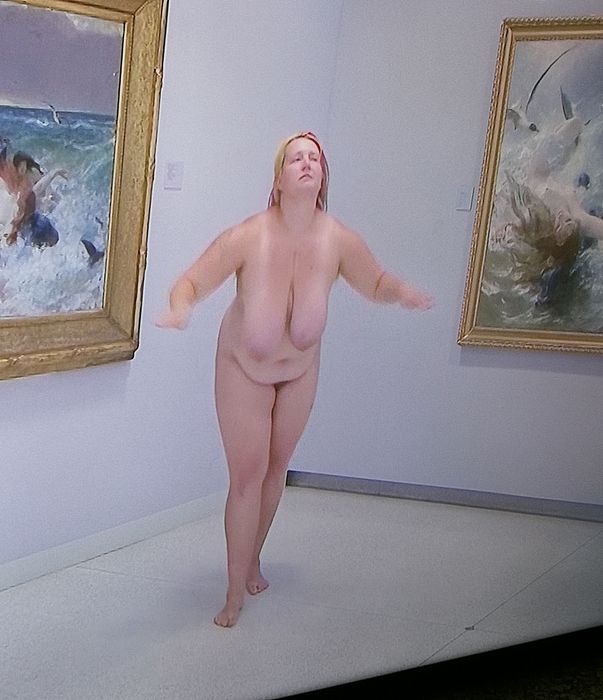 There is the excluding of contemporary art from official sphere and promoting its substitute – conceptualism – instead. This tendency resembles the communistic party and its (definetely lost) fight against the religious belief while promoting communistic ideology instead. According to Marxists, religiosity is the sign of social knowledge which is behind the time and therefore behind an actual social being. Religious life was overshadowed to private life, grey zone and pararell underground structures. Similarly in the name of conceptualism, the art is pushed off from the prestigious official institutions to the private or the regional galleries and the private ateliers. The moral victims of this cultural fight are talented artists, who started to be embarrassed for their artwork and started adding the secondary conceptual covers.

Non-professional art lover enters to gallery with naive expectation of aesthetic experience and do not seek for advice what they should think, because the indoctrination is provided by mass media. Fighting of global conceptualism against the aesthetic value and the aesthetic function of art (of which Chalupecký award is agile participant) probably will not loose its power in near future. However, it is doomed to be unsuccessful from the point of view of the historical perspective. The need of aesthetic art activity and experience of beauty are constants of our lives – as like the need of sense in spiritual order. These constants are expressed in any time and in any social circumstances. The art survived the beginning of the 21st century in the state of strong defensive not only in our country. Its presence is heavily tested and endangered. However I believe, the future is not without hope.