Years of Disarray 1908-1928. The Confrontation of Central European Modern Art in Olomouc 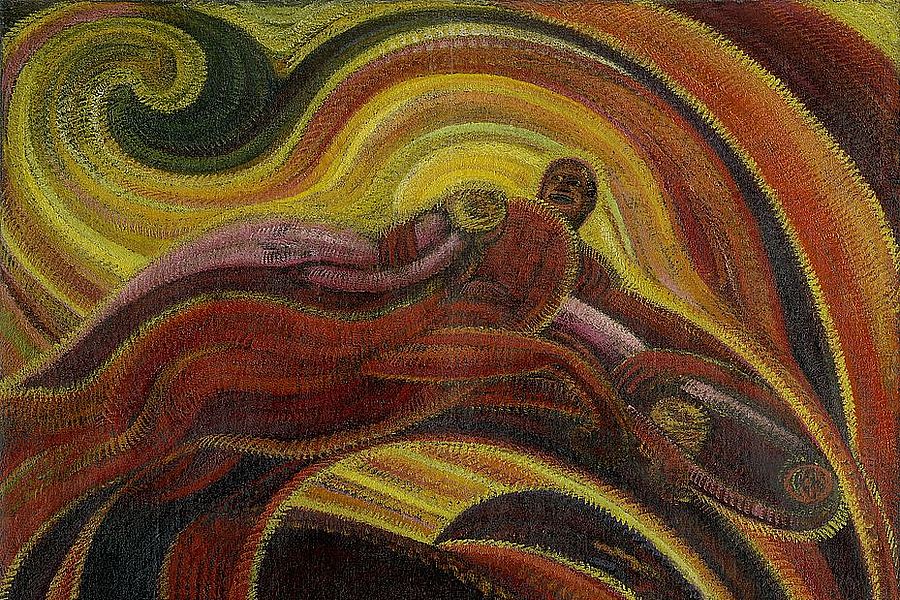 20 years of big historical, social and cultural changes is covered by the exhibition of Central European modern art called Years of Disarray 1908-1928. Avant-gardes in the Central Europe, which is held in Museum of Modern Art in Olomouc. The exposition was realized by collaboration with International Centre in Kraków, Bratislava City Gallery and Janus Pannonius Múzeum Pécs. The exhibition is held in Olomouc untill January 27th 2019. The modified form of exhibition will be held in Kraków, Bratislava and Pécs during next year. 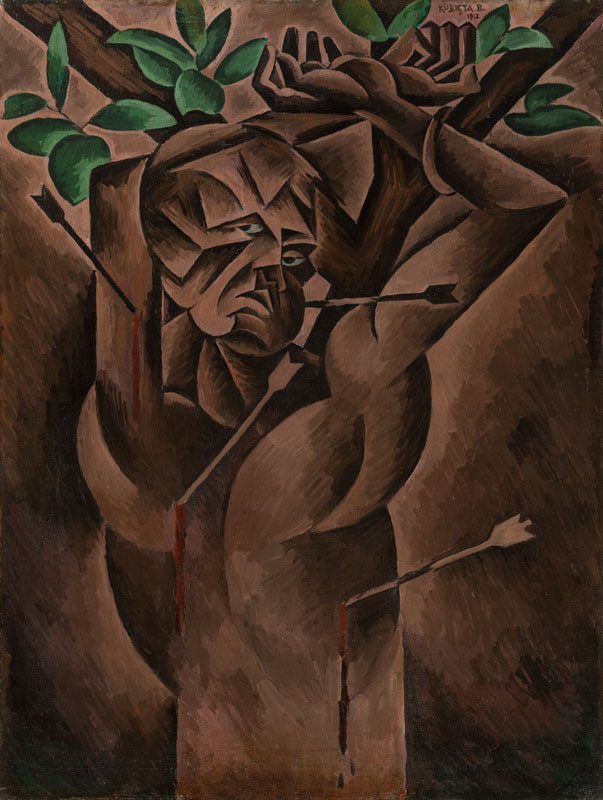 Purpose of exhibition Years of Disarray is to introduce main tendencies of modern art in the area of Austro-Hungarian Empire and its successor states in the crucial period of time of 10 years before and 10 years after the World War I. According the authors of this ambitious project, Karel Srp and Lenka Bydžovská, the end of war was the moment of differing between two conceptions of avant-garde: its effort to change art before war, its effort to change life and world after war. Exposition is divided into 12 parts with freely connection by themes (from portraits, portrayal of body, expressing of mental states (expressionism), formal order (cubism), reflections of war and modern city life to expressing new spirituality and new humanistic ideals). 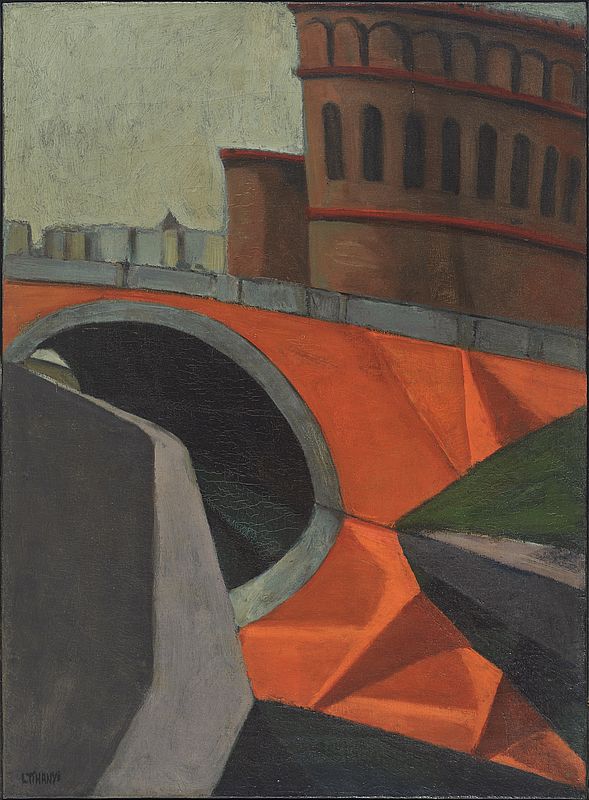 Czech art is featured the most frequently in Years of Disarray exposition: large-scale collection of czech classics of modern art Bohumil Kubišta, Emil Filla, Antonín Procházka, Josefa Čapek, Jindřich Štyrský, Toyen a František Šíma, including abstract art by František Kupka, František Foltýn and Alois Bílek. On the contrary, the austrian collection of modern art is not presented in such quantity. Besides portait by Oskar Kokoschka and  Descent from the Cross by Max Oppenheimer there are two authors of vienna kinetic art – painting Apocalypse by Marianne Ullmann and litography by Erika Giovanna Klien. Suprisingly, there are missing artwork of important artists such as Alfred Kubin and Egon Schiele.

Besides main exposition in three museum halls, there are another three halls dedicated to avant-garde in photography, poster, typography and art magazines, one hall serves as temporary cinema, in which samples of avant-garde movies are showed. Comparing to extensive mapping of previously mentioned phenomena, the presentation of sculpture art is very modest. On top of that, the half of presentation is limited on iconic artwork by Otto Gutfreunda, which have been featured in exhibition in the area of Czech Republic for many times. Small bronze sculpture Couple by August Zamoysky is the example of the fact, that possibility to show Central European sculptures in“ Years of Disarray” to the Czech audience was not using its full potential. 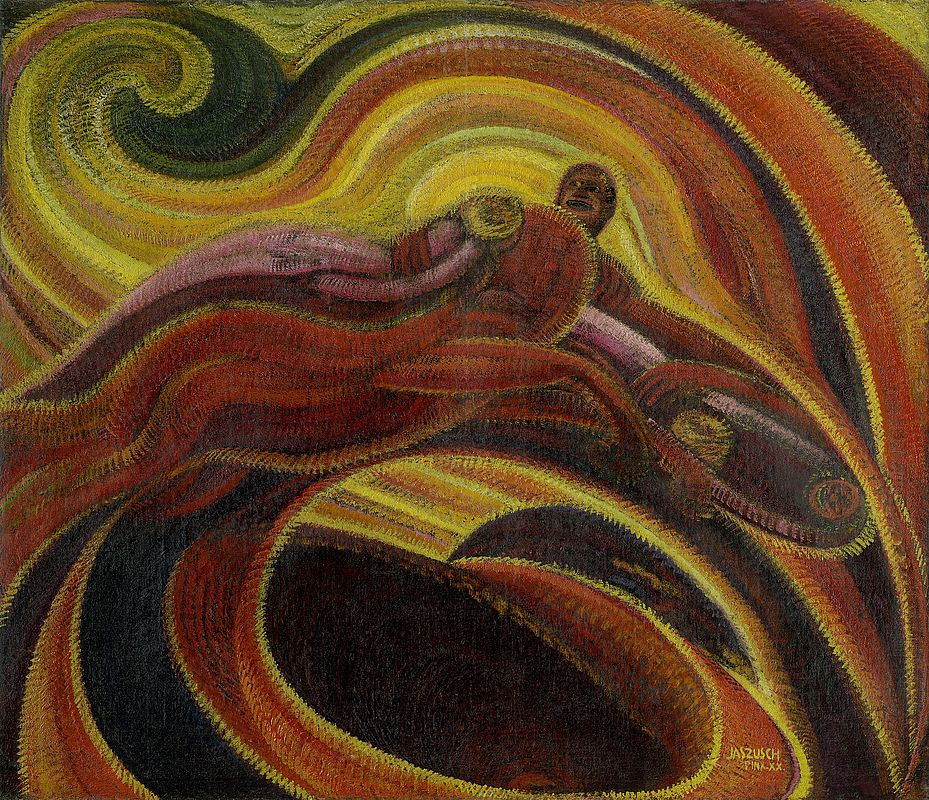 The exposition of paintings is more comprehensive comparing to sculpture section. Authors of exhibition presented and pointed some connection between artists and their artworks in Central European area of the selected period of time. E. c. There is the interesting parallel between abstract sceneries of Hans Mattise-Teutsch and artwork of Czech abstractionist Alois Bílek. Seeing painting General Confusion by Stanislaw Witkiewicz, expressive artworks by Anton Jasusch or painting People, be pure! by János Schadl, it is a pity that chance was not taken to present Czech artist Josef Váchal in this context. It is a pity that authors who prefered cubism line of Czech art, did not find any place for artwork by Váchal. 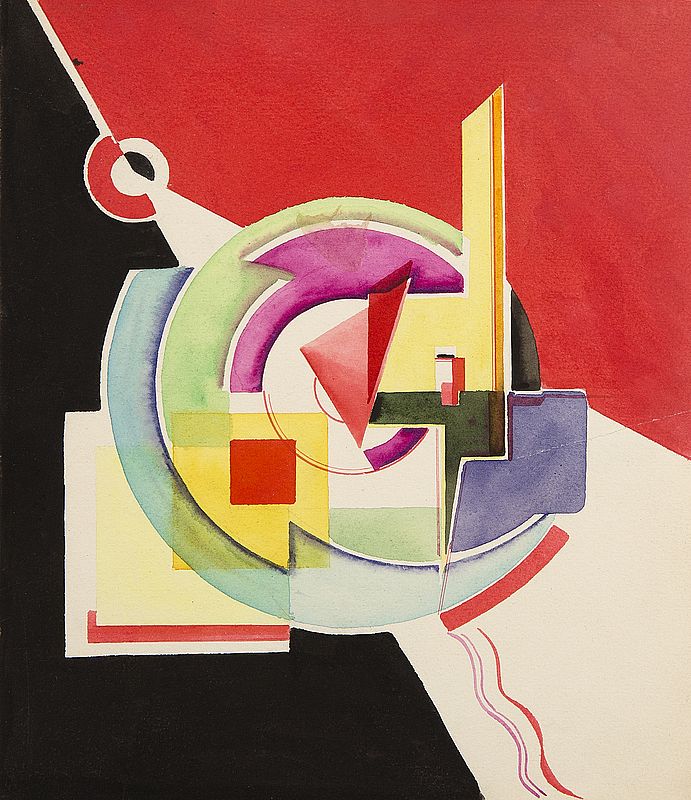 The claimed connection of Czech art and Central European development is disappearing in the last part of exposition. There is featured no possible pairs to artwork by J. Štýrský, Toyen a F. Šíma at surrealism section, despite their artistic sovereignty. There is the logical disjunction between free abstractions by Czech artist F. Kupka and F. Foltýn and abstractions by other presented authors, bonded with premises of constructivism or suprematism. There is no commentary on these facts in the exhibition texts, although the both facts would deserve reflections.

It seems, there is no general art concept in Central Europe 1908–1928, which would be given by project authors, despite the project has exceptional character, but questions are stated and discussion is caused. There are many questions – starting with the most important one – what can be understood under term Central European avant-garde? There is written in exhibition guide that artists did declared themselves as Central European ones, but part of world-wide international avant-garde movement. But later this statement is relativized by stating that it is not only one avant-garde but „conjunction of more "locally differentiated“ avant-gardes. 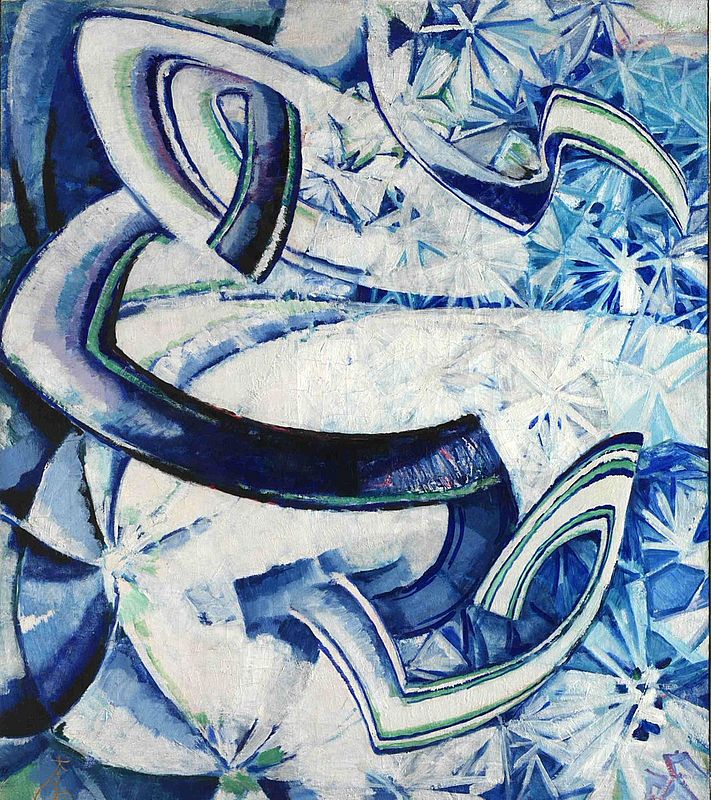 Other questions follow logically: What exactly does avant-garde make being itself? Is it forming a group with program manifest or certain level of fulfillment of this program? Is fulfillment of program a reason to claim artistic value? Or other criteria which are applied after necessary time period? Is social engagement of artwork relevant for judging its artistic value? Where is the place for artwork of solitaires, which is originating important values of modern art, in such concept? Is avant-garde concept enough objective and methodically approved for historical art studies?

Despite all such questions and objections to the author´s concept of exhibition, the actual exhibition should be welcomed in Olomouc. Museum of Modern Art in Olomouc has been working on the creating of the collection of modern Central European art for long period of time. Now, as a first institution in Central European countries, it realized project of this theme and scale. The comprehensive expert book about exhibition is prepared to publish. It can be expected, that exhibition might start not only expert discussions on theme of Central European modern art, but also origin its further research and new exhibition projects.