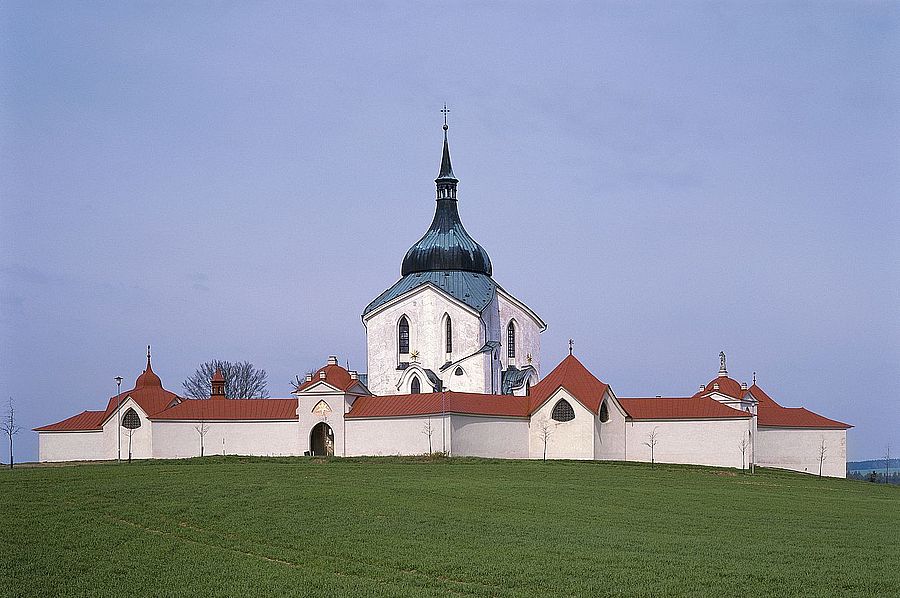 The unique exhibition called Johann Blasius Santini Aichel – The Geometry of Sacred Space has been opened at House At Black Madonna, the branch of Museum of Decorative Arts in Prague. Johann Blasius Santini Aichel was an architect of sacral buildings in Bohemia and Moravia and the most original exponent of European baroque architecture in our region. There are featured many architectonical designs, photos of exteriors and interiors and even 3D models of buildings in this excellent exposition. which is opened until 15th September. 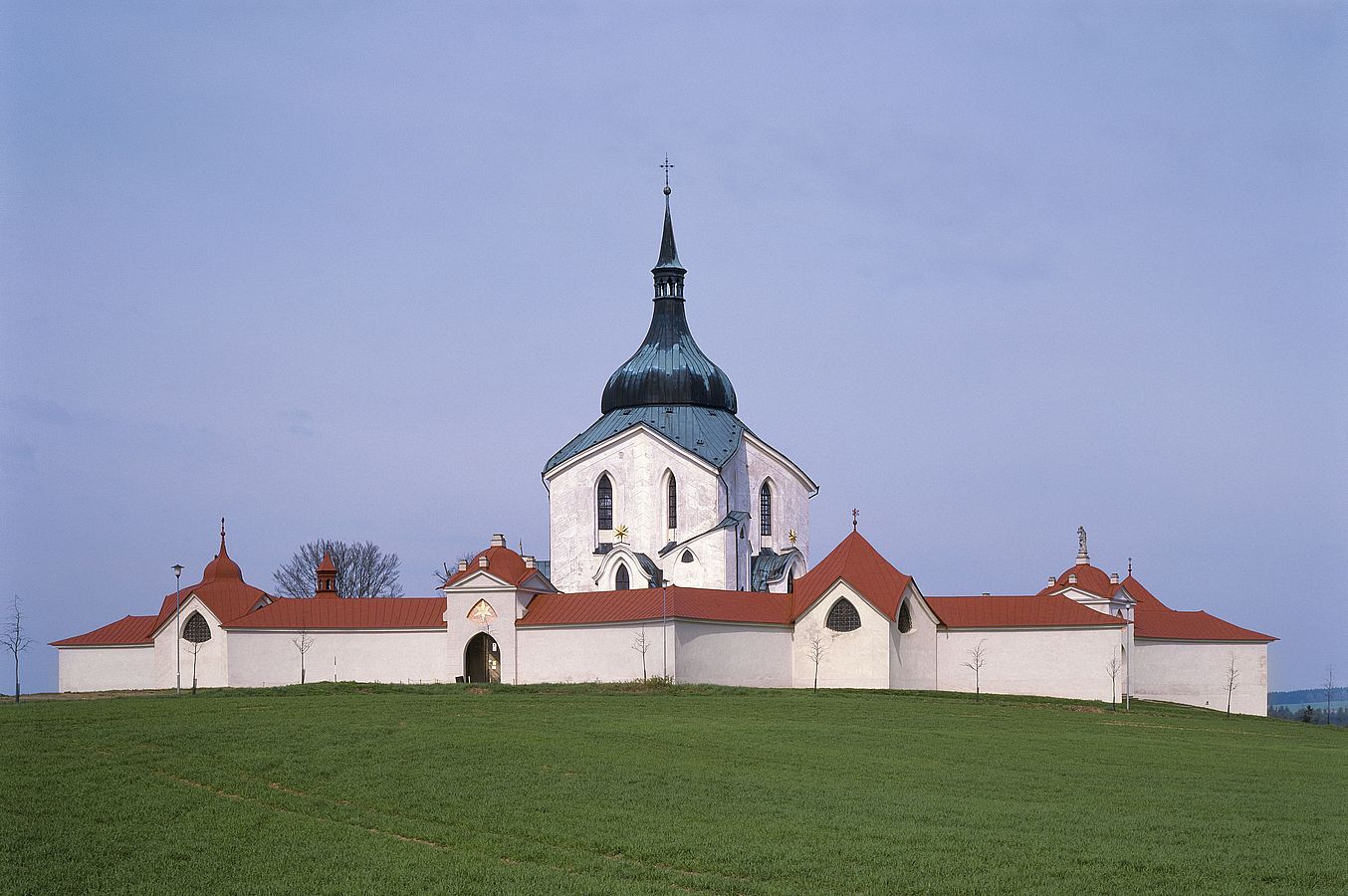 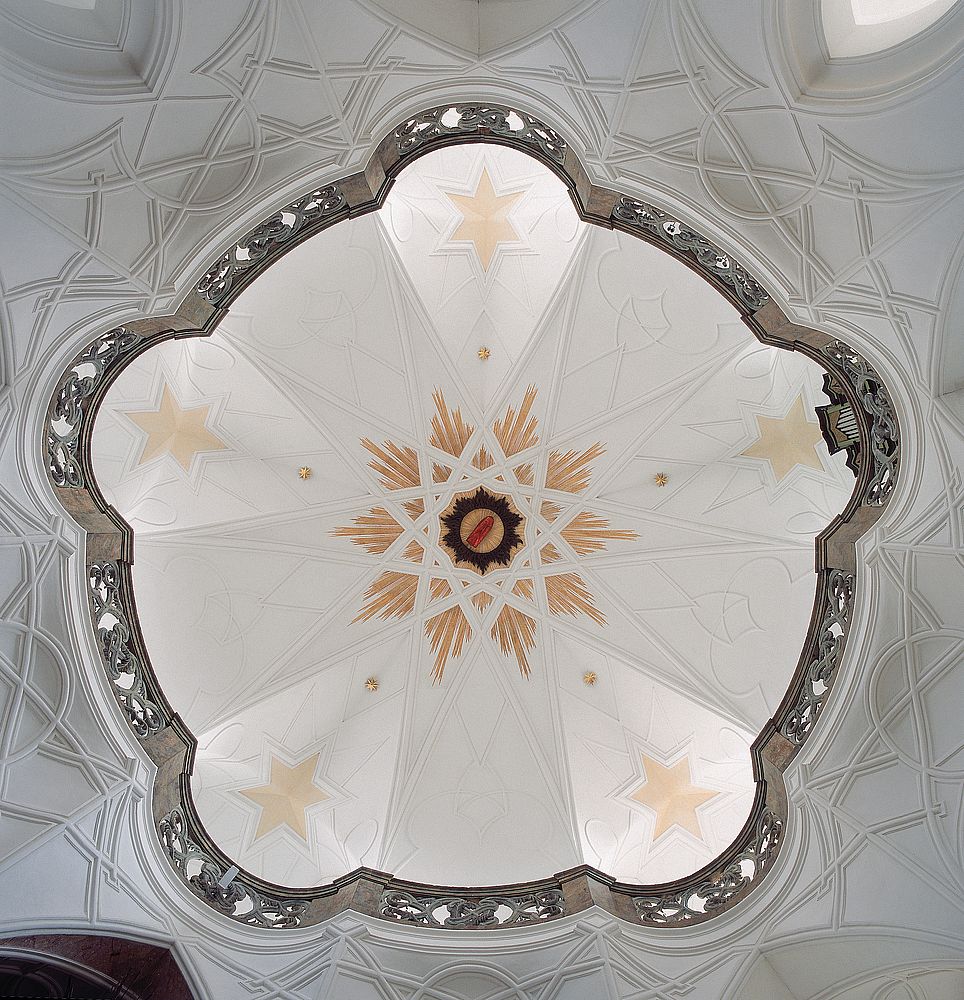 Picture 2: View into vault in Pilgrimage Church of Saint John of Nepomuk at Zelená Hora, photo by V. Škrabánek

Architect Johann Blasius Santini Aichel (1677-1723) is famous for being the author of the Pilgrimage Church of Saint John of Nepomuk at Zelená Hora near Žďár nad Sázavou. It became the UNESCO heritage in 1994. Ladislav Moučka, the author of exhibition, presents to visitors the core of his results of long-years research of this genius baroque creator and the originator Baroque Gothic. Other sacral buildings of central type were researched too: Chapels in Panenské Břežany and Mladotice, churches in Mariánská Týnice and Křtiny u Brna and the unrealized project of chapel in Rosochatec. Karlova Koruna Chateau in Chlumec nad Cidlinou is featured too. 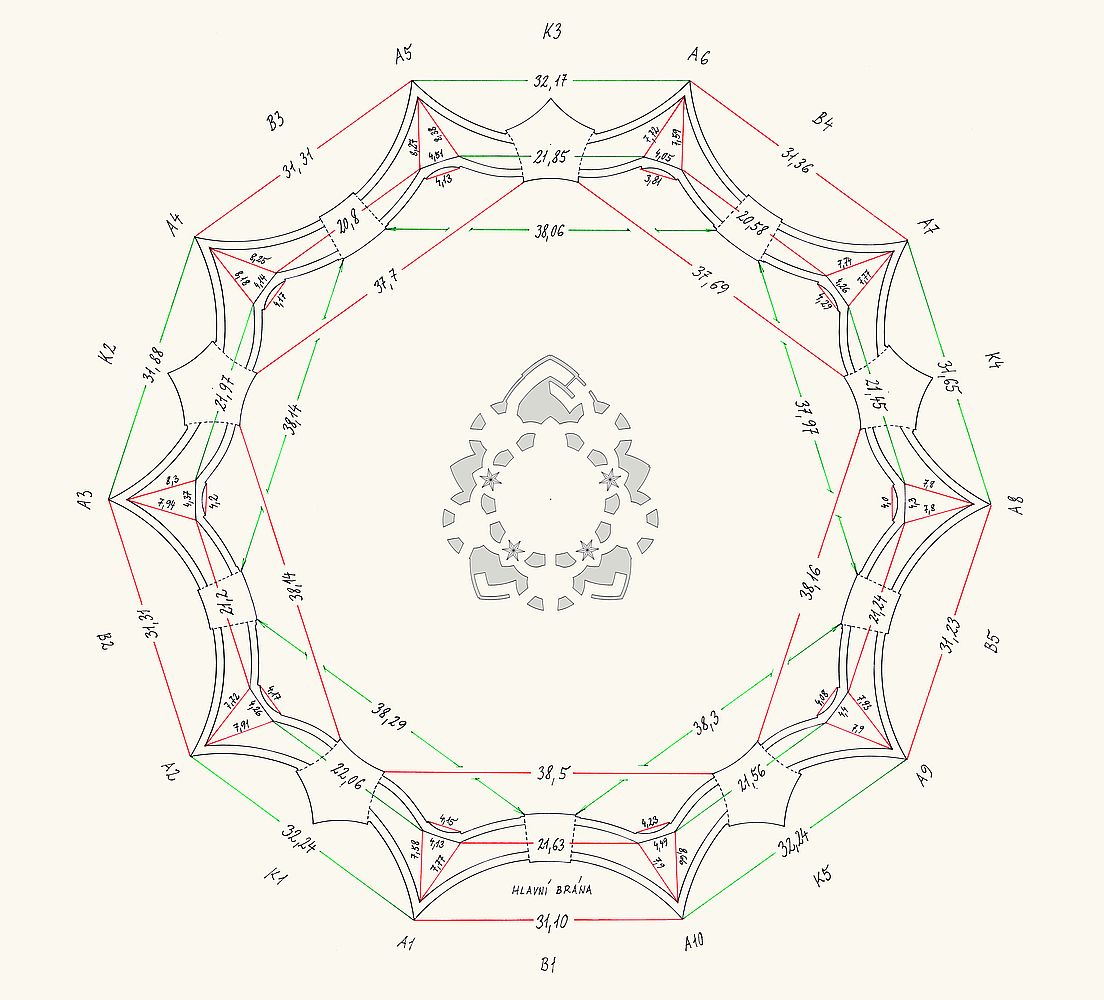 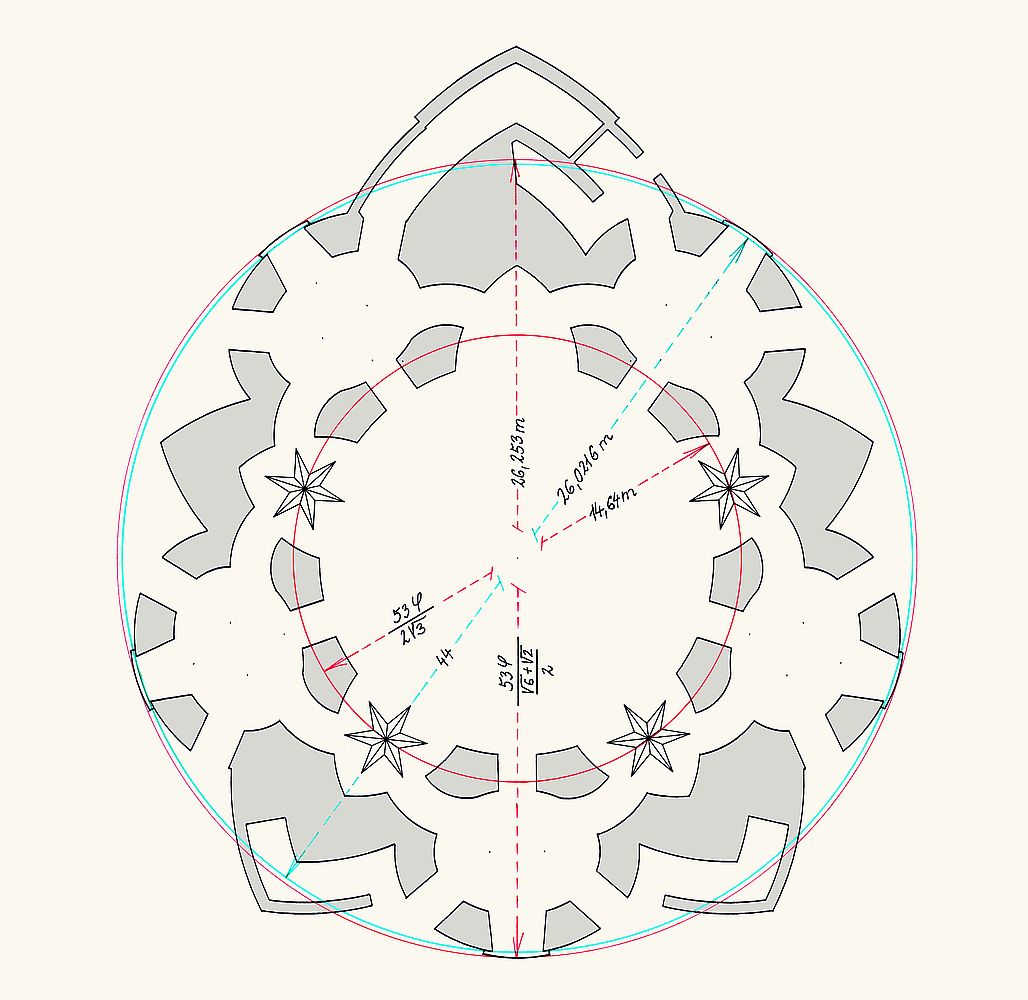 Ladislav Moučka´s research was focused on the geometric analysis of compositional systems of Santini´s buildings and the reconstruction of project procedures which were used by the architect. His research was supported by his own precise drawings of building locations. Mr. Moučka was accompanied by his friend and coworker – photographer Věroslav Škrabánek ­– during his travels for architecture destinations .His black-and-white and color photos – intentionally taken without any artistic effects – give the visitors of exhibitions an idea of realistic external appearance of the buildings and their interiors. Besides the architectonic plans, they are the equal aspect of exhibition too.

The 3-D architectonic models are the third aspect of the exhibition. The models were designed in atelier doc. Jaroslav Drápal at Faculty of Architecture, Brno University of Technology. There are the supporting construction aspects of buildings represented by the models. Students learn to understand to typology of historical architecture, to develop 3-D imagination and discover tectonic laws by creating them. The „skeletons” of building are shown to the visitors of exhibition, therefore they can understand the principles of historical buildings and their interior systems.

Picture 5. Ground plan of Basilika of The Name of Virgin Mary at Křitny near Brno, drawing by L. Moučka

The main theme of the exhibition is exact, logical and elegant language of geometry, which was used by Johann Blasius Santini to create proportional systems of his buildings. The proportional harmony is the reason of the harmonic feeling of architecture, despite unusual shapes and dynamical structure. His churches and chapels are full of dynamical rhythm, sometimes causing the impression of dematerialization due illusions of denying tectonic laws and sophisticated use of light effects. They provide the image of stone music like the high gothic cathedrals. 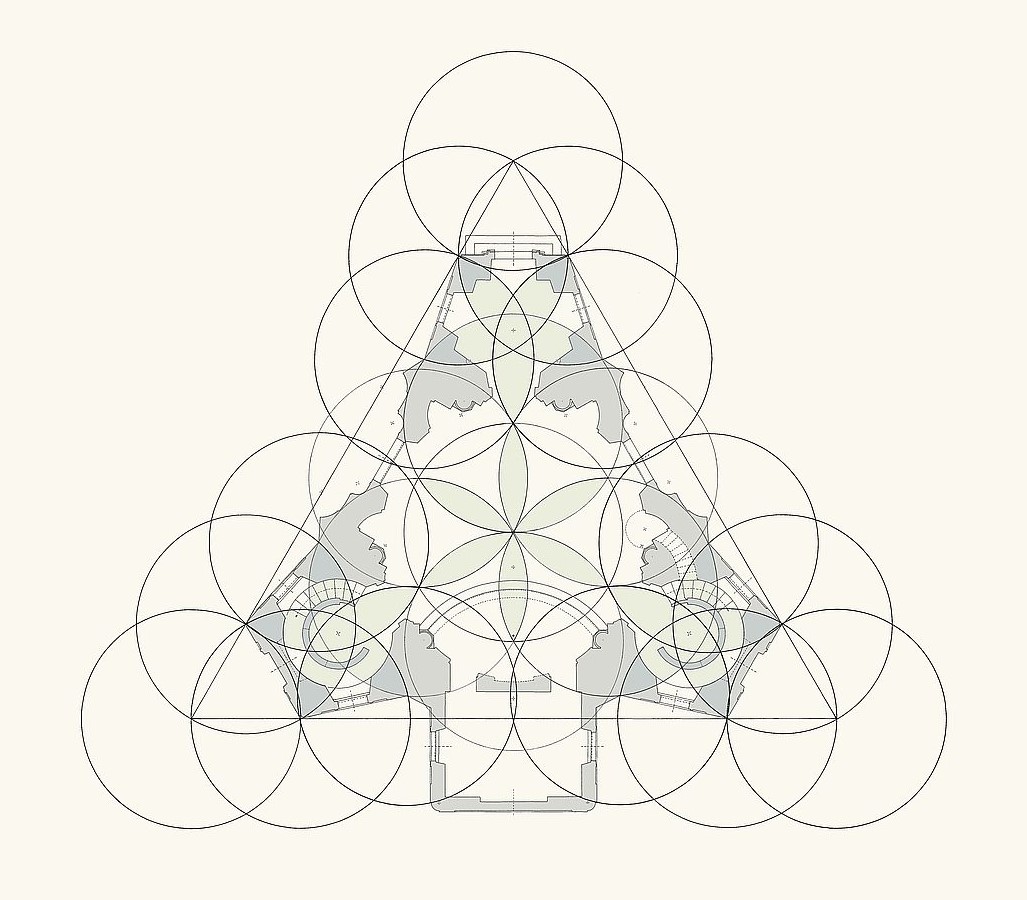 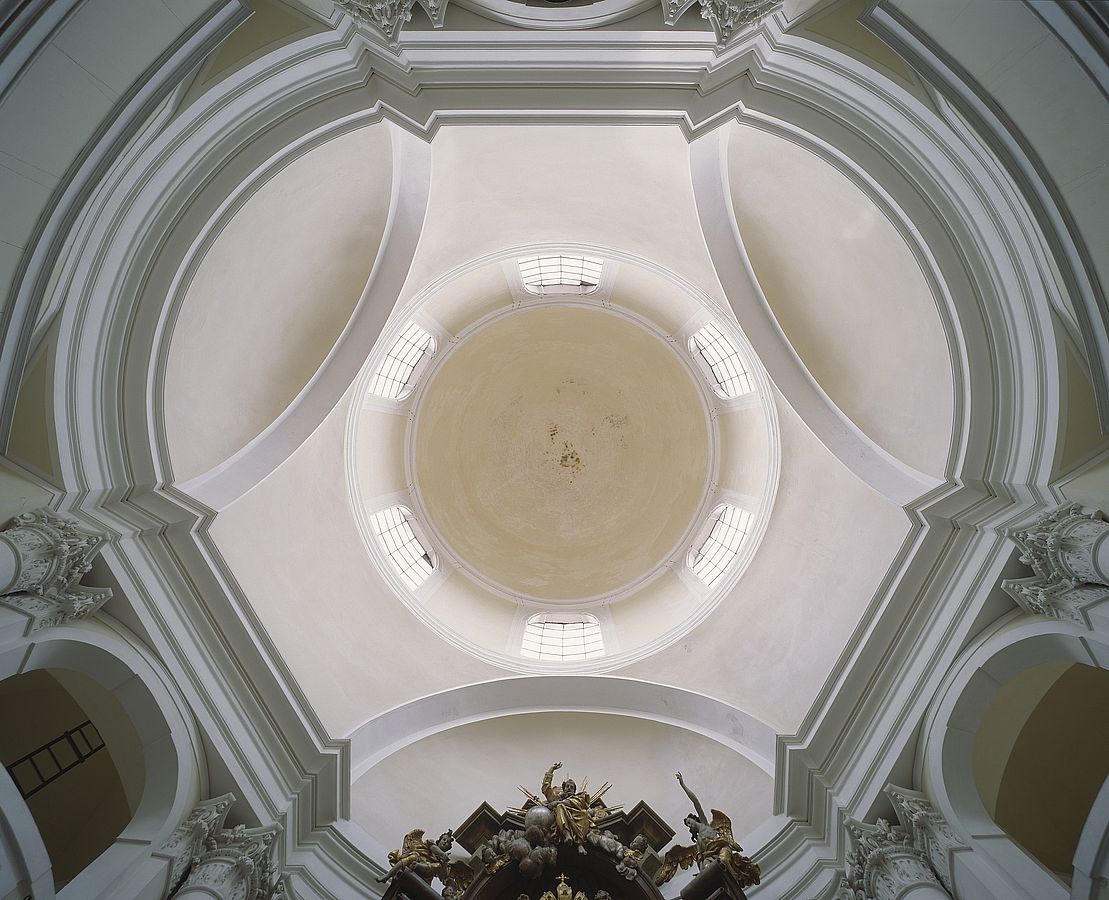 Prof. Mojmír Horyna ´s typological analysis, which was published in his monograph from 1999, proved that Santini´s work belong to one structurally identical style despite the plurality of style levels. Santini integrated principles of gothic architecture and high baroque architecture. This conclusion was confirmed by Ladislav Moučka, who used another and completely independent way – finding the united proportional system in case of the selected group of Santini´s central buildings. His arguments based on the reconstruction of project procedures, composition systems with polygons, circles and harmonic number proportions are exact, compelling and providing the verification. 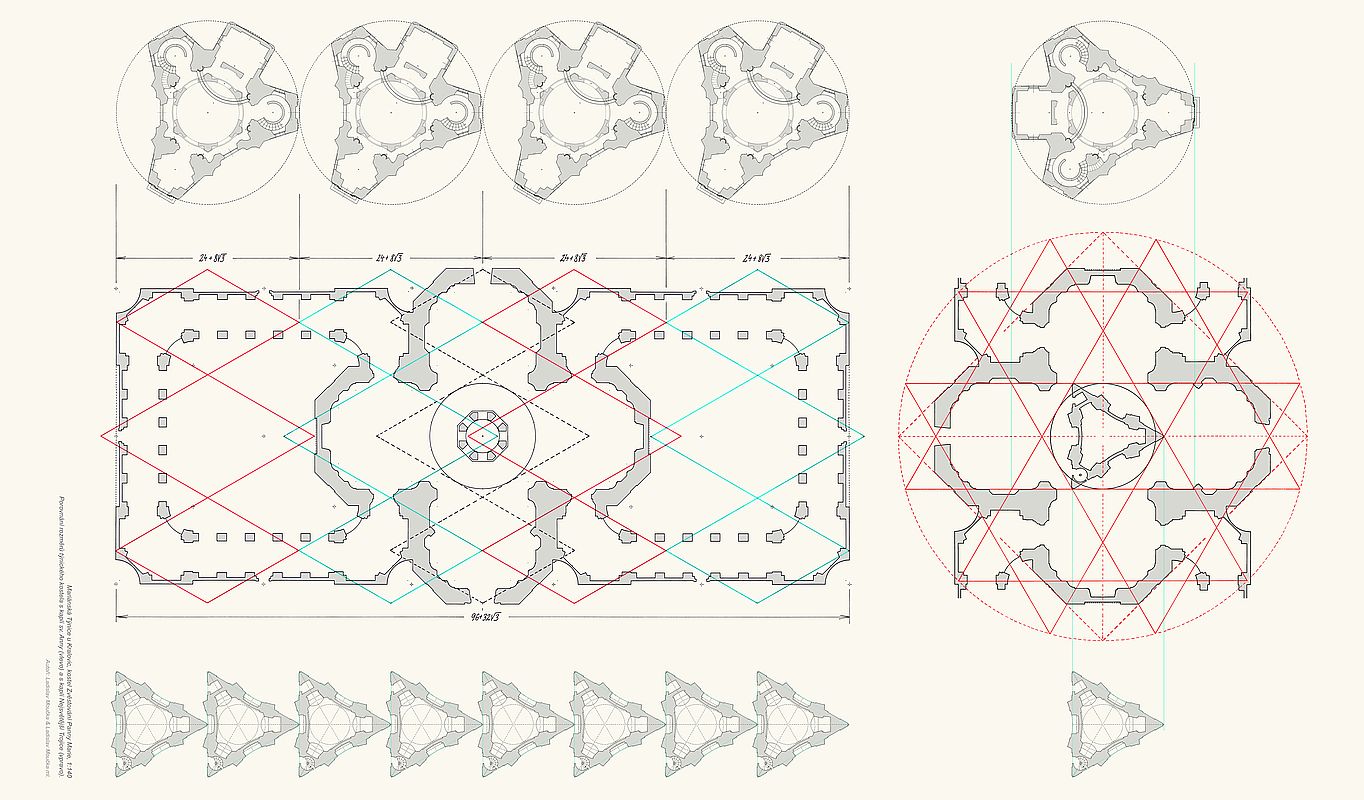 Picture 8. Comparison of the ground plans of St. Anna Chapel in Panenské Břežany, Church of the Annunciation of the Virgin Mary  in Mariánská Týnice, Holy Trinity Chapel in Rozsochatec, drawing by L. Moučka

Johann Blasius Santini is considered to be an initiator and main representative of specific style called baroque gothic. Its characteristics are innovative connecting gothic features and baroque construction principles into distinctive synthesis. The ideas of this style are based on catholic reformation, as was proved by historian Zdeněk Kalista, connected with efforts of old Czech and Moravian monasteries to renew medieval age religiousness and cult traditions. Santini created the most important examples of baroque gothic style during reconstruction of basilicas in Kladruby, Sedlec and Želiv for the Benedictines, the Cistercians and the Premonstratensians monasteries. The only new construction in baroque gothic style is the most important – Pilgrimage Church of Saint John of Nepomuk at Zelená Hora, part of Cistercians monastery in Ždár nad Sázavou.

Jan Blažej Santini surely had to know important medieval age constructions in the Czech lands and had a deep insight into gothic architecture principles. The research of the origin of measurement model of his buildings was done by Ladislav Moučka. Therefore Mr. Moučka studied composition and proportional systems of the Saint Vitus Cathedral in Prague too, based on the precise study of location. Detailed geometric analysis of ground plans resulted in surprising discovery. The distance mode of Santini´s buildings might be related to basic measurement of the cathedral – width of nave in presbytery, which was determined by its first architect Mathias of Arras.

Picture 9. Comparison of the ground plans of Cathedral of St. Vitus, Wenceslaus and Adalbert in Prague, Church of the Annunciation of the Virgin Mary  in Mariánská Týnice and Church of The Name of Virgin Mary at Křitny near Brno, drawing by L. Moučka

There is drawing of St. Vitus Cathedral ground plan with proportional system in the first place in the current exhibition, followed by many drawings of building composition systems. Geometry is the language of the architecture since its early beginnings. The tradition of medieval masters (including Arras and Parler and those before them) is definitely followed by work of Johann Blasius Santini. The powerful influence of geometry on the architecture is culminating in Santini´s work, but definitely it does not end. This fact is reminded by location of the current exhibition - at House At Black Madonna, an important construction in style of architectonic cubism by Josef Gočár. It symbolically connects the geometry of gothic style, high baroque style and modernism of 20th century. 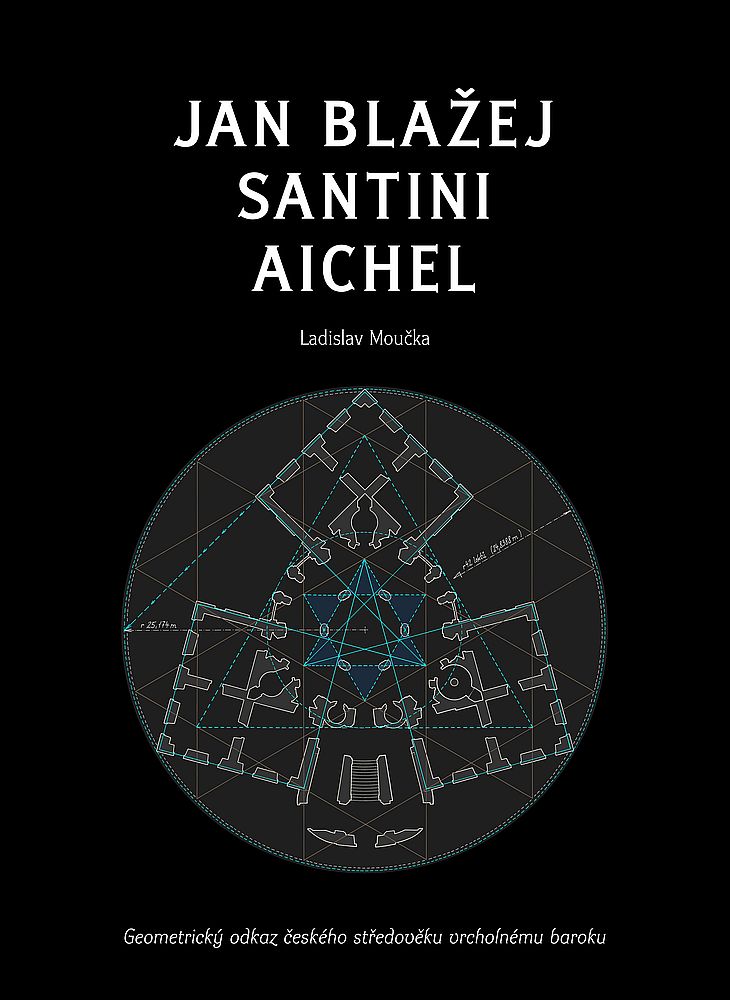 There is the possibility to browse through recently published book Johann Blasius Santini Aichel. Geometric legacy of Czech Middle Age to High Baroque. Its format 43x31 cm, weighting 5 kg, is an monumental work – not only due its measurements, but due its rich content. It is result of Ladislav Moučka´s 12 years intensive research of Santini´s architecture, its idea origins and geometric principles. The book is accepted with respect of art historians, architects and mathematicians. It will be fully acknowledged by academicians later, because more time is needed to its deeper understanding and putting it to wider context of theory and architectonic history.

The book about Santini should be included in all university or scientific library. Its original content and monumental range are on resulting level of team consisting of historians and architecture theoretic researchers. Such research team would by supported by data and plans of other experts of historic construction research. But it all was done by single man whose work was based on personal motivation and decision without any support by state or institutions. The exhibition Johann Blasius Santini Aichel and the book of the same name are the proof that deep personal interest and great individual activity is the way to reach the goal even in times of institutionalized science.